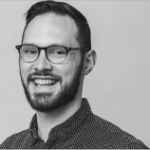 The Cosmos Network mainnet has launched and pulled off a rare feat for a Proof of Stake network: a totally decentralized start.

Unlike other successful network launches like Tezos, Loom, and IRIS, Cosmos launched without the use of Foundation Validators who initially controlled the network.

This should mean that Cosmos is one of the most decentralized networks then, right? Not so fast…

Quantity vs Quality: the Validator Question

One of the big experiments with Cosmos is how many Validators are required to achieve decentralization and security. There is currently a maximum of 100 Validators allowed in the “active set”, and as of this writing there are currently ~75 active Validators on mainnet.

Which begs the question: should we as a community be actively working to increase the number of Validators from 75 to 100 to increase decentralization? will that increase security? Well, maybe…

There is an open question for debate on how many Validators are required, and if instead of increasing the absolute number we should focus on increasing the quality level. Let’s see how that is playing out in the wild on the network today.

If you look at the distribution of Atoms among the Top 5 Validators, you’ll notice the Top 5 currently have roughly 50% of delegated Atoms, and if you scroll down the page you’ll notice many Validators with low amounts of Atoms delegated. What are some possible explanations for this?

First, you’ll notice that many of the top Validators were large participants in the Cosmos fundraiser. It makes sense that they would largely delegate to themselves.

But what about all the fundraiser participants who are not running a Validator — where are they delegating? It seems to be in a concentrated group.

It would appear delegators are faced with a choice: do the benefits of diversification outweigh the perceived risks of slashing?

Right now it seems the answer is No, and this in turn should be the Validator’s marketing playbook: do everything possible to convince the customer (Delegator) that slashing risk is minimized. Also, Validators may do well to differentiate themselves and work on unique positioning (aka the place/concept you occupy in the customer’s brain)

There are technical and non-technical ways of doing this, and many of them involve directly talking to Delegators and building relationships. Broadcasting that you were involved with testnets doesn’t seem to be enough. Data center hosting, HSMs, and technical ability seem to help, but still leave a wide gap between the Top 5.

Ideas For a Path Forward

I think most people would agree the current network is too centralized, but what should be done about it?

However, these approaches aren’t addressing the fundamental issues: Atom token ownership is centralized and perceived slashing risks are high.

In the Cosmos Atom fundraiser there were ~1000 participants, but it is unclear how many duplicates were involved as there was no formal KYC process. That means that relatively few people have the ability to meaningfully delegate — it’s no surprise the network is centralized.

This should all change when Atom transfers are enabled. Many of the whales of today have been sitting on an illiquid investment for two years while the rest of the crypto markets rose and fell. It’s a good bet you’ll see lots of whales selling when they can.

This could be good — Atoms may become more widely distributed. Or it could be bad — Exchanges will take custody of Atoms and become a new centralizing force.

However, I think the first step is to enable Atom transfers. To use a poker metaphor, we’ll get to turn over another card, reassess, and make a new plan.

In the meantime, it seems Validators should keep thinking about addressing perceived slashing risks and differentiating. It seems the customer (Delegators) may be having a hard time understanding the risks and telling Validators apart.

A Note About the Figment Validator

It is with full humility and open eyes that I share the thoughts above. If you look at the Figment Validator you’ll see a high concentration within our delegations. Since we were not part of the fundraiser, we know that we could go to zero tomorrow and are likely to be negatively impacted when Atom transfers are enabled. We don’t take our current position for granted.

But we’re thinking long term, and think the network of today will look vastly different in the coming months and years. We believe the network needs successful independent Validators who can operate as profitable and sustainable businesses, and we’re going to keep pursuing that mission through the ups and downs of bringing the Cosmos Network to life.