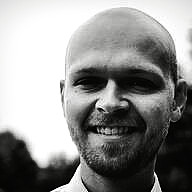 What is Flux Protocol?

Flux is a scalable proof-of-stake protocol that enables users to access data on-chain from a wide range of services including assets, events or agreements. It is a decentralized cross-chain oracle provider which aggregates off-chain data that is then verified through a network of validators.

An oracle is a third party service that allows smart contracts to access data that is housed off-chain. This external information is crucial for smart contracts to enter into agreements. The protocol is made up of the Flux oracle, Flux (FLX) token, Flux DAO and a community-curated Requester Registry (RR).

What problem does Flux Protocol solve?

The blockchain industry today consists of a continuously growing number of largely independent blockchains that don’t yet interact well with one another. Applications built on these blockchains require data that’s not housed on the chains themselves. Introducing this data presents the problem of who to trust to bring the data on-chain.

Aside from the question of which oracle to trust, single entity oracles can be a giant bottleneck and vulnerability factor. Flux solves this through its fully permissionless and decentralized infrastructure. Over time the cross-chain goal of Flux Protocol will allow for a more integrated decentralized community.

Dapp and protocol developers who wish to use the Flux Oracle have to first become part of the Requester Registry. Once that’s done they can create data requests set with certain parameters (speed, security). Validators then stake on the data they want to provide and earn rewards for correct responses.

Of course Flux needs to be protected against manipulation by malicious actors. The network of validators can reject any response that it considers inaccurate which will in turn lead to slashing of the malicious actor’s stake via a dispute mechanism

The Flux (FLX) utility token powers and secures Flux Protocol. It is a utility token that is required for the creation of data requests, oracle interfaces and protocol governance. The community can utilize the FLX token through the DAO to control upgrades, token economics and more.

FLX token holders who validate or delegate to stake on the data they are providing earn rewards for correct outcomes in addition to fees earned. Initially tokens will be airdropped to eligible validators and requesters in the form of grants. These airdrops are to build network liquidity. The requester grants will be proportional to the rewards their resolved requests have paid out.

Validator rewards are paid out according to accuracy rate and the amount of staked tokens per epoch. Rewards are calculated as follows:

Fees earned by the validator times the accuracy rate of the validator squared. This amount is then divided by total fees generated during the epoch.

The Flux DAO allows FLX token holders to participate in protocol governance. Upgrades to the system, data request fees, grant funding and changes to network parameters can be voted on by token holders. FLX token holders can propose changes democratically without a higher level authority.

For Request Contract whitelisting (access to the Requester Registry) a 24-hour grace period has to pass before the changes can take effect. This allows disagreeing validators to exit their position. Minimum consensus for whitelist approval has to be 70% of all votes which need to come from at least 10% of the circulating FLX supply. The process has a time frame of maximum 168 hours for completion.

What sets flux apart from other oracles in the blockchain space?

Existing oracles in the industry have some shortcomings in areas such as decentralization, data redundancy, high cost, no security guarantees, or limited community participation. Flux Protocol’s network and governance are decentralized. The data Requester Registry is community curated and data sources can be APIs, other oracles, on-chain feeds, and human input referred to as crowd-sourced data.

Flux also aims to eventually be cross-chain and support integrations with all major blockchains and to do so at scale and low transaction fees. Unlike its competitors Flux aggregates oracles meaning it makes data from other oracles available alongside its organic data provision. Flux is launching on NEAR Protocol as it’s debut layer one with plans to support Solana and other layer ones including most major EVM (Ethereum Virtual Machine) based L2s such as Polygon, Arbitrum, Aurora, among others.

Flux Protocol has reserved 5% of the FLX token supply as ecosystem grants to support early stage projects planning to use the oracle. Part of the grants will also be provided in USDC as funding  and additional FLX to help bootstrap the early project. These funds will be allocated through the DAO.

Currently Flux is running its testnet on NEAR Protocol and has recently announced that it will be integrating with Solana, where they have recently kicked off integration development. With Solana’s approach to high throughput for web3 applications and the ecosystem that is forming it’s a great choice for Flux Protocol to support a diverse range of use-cases.

Flux will eventually function as an aggregator of other oracles. Developers will be able to save on paying for a range of oracles.