Helium Network: The Last Mile of the Internet 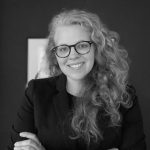 The Helium Network provides physical wireless infrastructure and software so anyone can run applications and devices over a decentralized, public wireless network. Their consensus algorithm is Proof-of-Coverage, a novel cryptographic technology that uses radio waves to validate Hotspots that provide legitimate wireless coverage. Soon, they will be including validators onto their network to help secure and stabilize the chain. In return, validators and hotspot hosts earn HNT, the native token on Helium. At Figment, we believe Internet access is a human right, and we value it as a public utility. In the absence of reliable or affordable wireless connectivity, Helium is the key to providing internet for all.

The Helium Network was created to solve the connectivity problem for Internet of Things (IoT) devices, such as water meters, air quality sensors, trackable dog collars, and motorized scooters. Helium provides “last mile” Internet infrastructure in urban areas to reduce reliance on expensive cellular data for low power devices, as well as rural communities which often lack the infrastructure of access from centralized internet providers. It’s often too expensive for centralized providers to provide internet capabilities to far-flung areas due to the high cost of developing the infrastructure and hosting the labor. Even then, companies may abandon this infrastructure because of the cost to maintain it.

Centralized providers have difficulty extending their services in rural communities. When your neighbors provide this infrastructure, it becomes easier to forge connections within your community. Decentralization allows products to diffuse across populations faster and more cheaply, but chiefly, they build stronger communities.

Hotspots on the Helium Network provide miles of wireless network coverage for IoT devices that use the network. Hotspot hosts are rewarded in HNT for providing coverage. Running this hotspot only requires 5W of energy.

While there is only one Helium blockchain, there are two groups that provide consensus. Helium Hotspots will signal to the network that they are available to connect to devices based on their location, this is known as Proof of Coverage in the Helium Network. Validators are a new entity on the Helium blockchain that will perform the work of the consensus group, including verifying transactions and adding new blocks to the blockchain. The network also supports Proof of Stake that uses threshold encryption, similar to Keep and NuCypher.

Hotspots have to verify that they are located where they claim to be. Essentially, this mechanism (Proof of Coverage (PoC)) confirms that Hotspots are honestly representing their location and projecting the internet for IoT devices to connect.

To do this, PoC uses radio frequencies (RFs) that prove that Hotspots are recording their location. RFs have a limited physical distance, however, the current Helium Network runs on LoRaWAN (a global wireless network standard), so current Hotspots on the Helium network boast a range of 5-10 miles. The signal strength is limited to a certain number of square miles, and there is no latency as RF waves travel at the speed of light.

These features make it easy for a blockchain to request information on the location and strength of the signal from the Hotspot. The blockchain can quickly identify when a Hotspot is down or having technical difficulties by using radio frequencies.

Hotspots were the original form of consensus, however as the network grew, the network needed additional support. Currently, many Hotspots use consumer-grade internet connections. If a Hotspot host had an internet outage issue while they were part of the consensus group for that period of time, it would hold up block creation. The Helium community decided to add validators to the network via governance vote to add stability, scalability, and network liveness to support the Helium network’s rapid growth.

While Hotspots send verification to the network that they are online and available, validators work to secure the chain. Validators receive HNT in return for their work in doing so. Currently, there isn’t any delegation available in Helium, and staking a node requires 10,000 HNT.

More specifically, a group of elected nodes (currently 16) receives encrypted transactions and reaches a consensus on how these transactions should be ordered, and then adds the block to the chain.

If you’re unfamiliar, threshold encryption is where transactions are encrypted using a shared public key. The only way they can be decrypted is when the consensus group comes together to decrypt them.

Helium uses a burn and mint token model and two different tokens: the native HNT and Data Credits (DCs). The network also uses a halving schedule, where every two years, the network cuts its issuance rate in half.

In short, a burn and mint model is a token economic structure where the mined and tradable tokens (HNT) are burned in return to create payment tokens (Data Credits). Users then employ payment tokens to receive the network’s services.

In Helium, HNT is mined by hotspots on the network that provide wireless coverage and transmit data. HNT is burned to create Data Credits, which is how devices on the network transfer data.

HNT is the currency that token holders stake on the network. The protocol rewards Hotspots for their work by providing wireless coverage and when users connect their devices to the network through Hotspots. Validators are rewarded for verifying transactions and adding blocks onto the chain.

There is a maximum supply of 223M HNT. Supply comes from mining with a compatible Hotspot. The Hotspot mines HNT and creates network coverage for IoT devices.

Distribution for the first year includes 35% for hosts providing infrastructure and participating in Proof of Coverage, 30% for devices that relay packets to the internet, and 35% for investors and organizations.

Distribution will change over time; within the first few years, Helium has dedicated a higher portion of HNT to Hotspot hosts, specifically to drive individuals to build and secure coverage over large areas.

But as time goes on, most of the mined HNT will be distributed to Hotspots relaying data packets for network devices and less to Hotspots that only provide infrastructure without data transfer. When the network reaches the maximum supply, the protocol’s Burn and Mint equilibrium ensures that there’s enough incentive across the ecosystem to reward Hotspot hosts for providing coverage and relaying device data.

Devices use data credits to transfer bytes of data and for blockchain transaction fees. Data credits are created when HNT is burned (destroyed by the protocol). They are not transferable and only can be used by their original owner.

Helium’s community has a host of resources for people to host a hotspot, obtain a device that can connect to the network, and integrate. The network is looking to provide 5g at a lower cost than any centralized provider.

As the network continues to grow and provide an affordable alternative to centralized providers - secure, reliable IoT connections are paving the way for open source projects such as crop storage and logistics monitoring and end-to-end beehive monitoring. Data-driven solutions for agriculture and “last-mile” transportation capabilities. In the healthcare industry, we can expect a future that is democratized internet for more accessibility, more access, and more creative solutions to global problems.

As of publication, Helium has over 47,000 Hotspots in over 5,200 cities. The community recently passed a governance proposal to deploy 5G across the network. Alongside its current infrastructure, anyone who has a phone that supports 5G will ultimately connect to the network in the future.

This new governance proposal opens the pathway for individuals to be able to connect to a Hotspot near you with just the phone that’s already in your pocket.

Deploying 5G across a nation encounters the same struggles with providing broadband access. When individual consumers can set up with our Hotspot and share network access with their neighbors - we can spread 5G faster and more efficiently than a large centralized entity. Helium is providing technological innovations to enable secure, fast, and affordable internet connections. It’s the users. The people who deploy these services that run the network create an open environment where anyone can access information and collect data to make their communities stronger.