(Mis)Understanding Yield and Inflation in Proof of Stake Networks 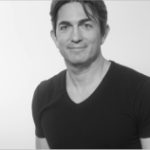 If we are going to realize a future built around decenteralized technologies it’s critical to get the narratives right. However, when “talking blockchain” traditional finance terms are often used incorrectly in an attempt to describe the new paradigm. This failure to accurately describe the features of new crypto networks may result in design mistakes, end-user confusion, poor regulation and ultimately ineffectual narratives.

Two recent examples are the use of “Inflation” and “Yield” (as commonly understood) to describe staking dynamics on various Proof of Stake (PoS) networks such as Cosmos and Tezos.

“PoS Networks do not have an Inflation Rate. Rather they have a Token Holder Dilution Rate.”

Think instead of the growth in supply of tokens in a given PoS network over time as equivalent to the act of a corporation issuing new stock to a class of existing stockholders. You can think of staked tokens as preferred shares and un-staked tokens as common shares. The holders of the former receive additional stock grants (awards) while the latter receive nothing (note, the stock analogy may not hold when describing other aspects of PoS tokens). What is happening is that token holders are losing, maintaining, or increasing their relative token holdings within the network.

What is primarily being affected by the change in token supply is a token holders’ relative token participation in the network.

“PoS networks do not have a yield. Rather token holders receive a Share of Staking Rewards.”

Yield in a finance context is generally understood as, “the amount of cash, in percentage terms, that returns to the owners of a security, in the form of interest or dividends received”. In other words, you hold a stock or bond and you receive a stream of USD$.

This is not what is happening when you receive block rewards (tokens) in return for staking. If the network paid you in USD$ with no change in the supply of tokens, then this would be yield. What is happening instead is that you are receiving a portion of the new tokens minted. Again, it is relative ownership/participation in the network that is changing for token holders.

By staking you are (hopefully) maintaining or even increasing your relative participation in the network. How much depends largely on overall staking rates as token awards only go to those who are staking.

Staking is not a source of income

There are many examples of some version of the following: “Earn a 15% yield per annum when you stake on x network!” This is at best misleading and at worst potentially fraudulent depending on the jurisdiction where these claims are being made. It causes token holders to evaluate and hold PoS tokens on a basis that isn’t applicable or relevant. Even worse, using these words incorrectly can lead regulators to draw unnecessary negative conclusions about how to tax and regulate these networks/tokens: “If you are calling it yield then it should be taxed as income…”

Staking rewards — and the possibility of slashing — are a set of incentives that encourage token holders and validators to secure a PoS blockchain. In return, they maintain or grow their relative share of token holdings in the network. Staking creates the “skin in the game” necessary for good behavior such as running nodes in the network and discouraging bad behaviors like failing to remain online or double signing.

Staking rewards do NOT exist to provide an income stream to token holders. Think instead, “by staking I can increase my network participation (ownership if you like) by 0.3% over the following year” or “if I do not stake, my relative participation/ownership in the network will be diluted by 1.5% over the next 12 months”.

The economic rationale for staking a PoS token is not to receive “yield” (it doesn’t exist) but because you believe that by doing so you will be growing your relative interest in the network and also contributing to significant token appreciation.

Note: All of above assumes that a network’s staking awards are being solely generated by minting new tokens as part of a set of staking incentives. In the future, these networks will (hopefully) be used by end user applications. Staked tokens will enable holders to receive the transaction value generated by this end user application usage. Depending on the nature of these transaction related awards i.e. paid in native token, another token (BTC, ETH?) or even fiat then revisiting usage of yield my be warranted . Or at least something akin to “earnings per token”.

Additional recommended reading on this topic: