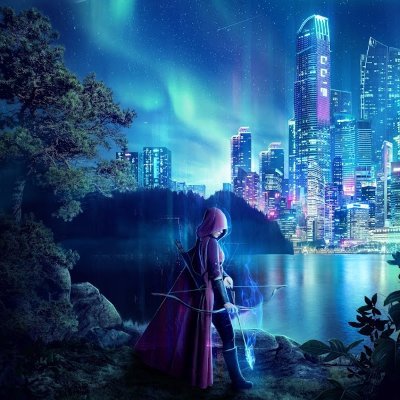 Introduction: The Kusama Climb: Chaos Is A Ladder

Littlefinger once said that “chaos is a ladder” and if that is true, Kusama is poised to ascend to the highest rungs. But it has also been said that 'chaos is the cradle of creation,' reflecting the fact that innovation is often a messy process of iterating small improvements from repeated failures, until major breakthroughs occur. Though innovation is necessary for transformative change to occur, it often comes at the expense of an inefficient use of resources and reduced stability.

What if a network wants to 'eat its cake and have it too'—providing an environment that both accelerates innovation while maintaining transactional efficiency and stability? Polkadot's answer is simple: two cakes. This article covers the relationship between Polkadot and Kusama, particularly how Polkadot leverages Kusama to spur innovation.

A Song Of Value And Price: What is Kusama?

Kusama is a Layer 0 canary network with a parallel economic frontier to Polkadot. Kusama has its own kingdom, economic ports and innovation hubs for layer 1 blockchains called parachains. Identical to Polkadot other than in its velocity of operation (it runs about 4x faster than Polkadot), the parachains that operate on top of it are heterogeneous, use-case specific shards secured by a relay chain.

Kusama has many other roles and functions such as:

Many people often confuse one of the  aforementioned roles or functions with being the main or only function of Kusama.

Qyburn’s Benevolent Twin: Testing Versus Experimenting—A Distinction With A Difference

Despite often being called a testnet, Kusama isn’t one even while testing does occur within its ecosystem. Kusama provides a test-in-production environment for dApps, parachains, parathreads and even governance proposals to change the base chain. Kusama is as a result its own kingdom with its own economy, governance, community and projects.

Kusama also has its own token known as KSM. KSM tokens carry real world value and have real world utility, unlike testnet tokens. Kusama has a current market cap of $470,546,526 and at its peak, had a market cap of $5,391,747,892 on May 19th 2021, proving that Kusama brings and secures real economic value in ways that most other testnets could only dream of. Therefore, to characterize it as a tesnet is somewhat of a miss.

Moreover, a distinction between two major functions of Kusama must be made. Testing ensures features are relatively secure, scalable, robust etc., while experimentation  allows developers to create the optimal product and iterate new potential features by seeing how it reacts to use by the market itself.

Westeros And Essos: Similarities And Differences Between Kusama And Polkadot

Kusama and Polkadot share nearly all the same features by design. They share the same architecture (sharding of heterogeneous app based chains), the same consensus mechanism (Nominated Proof of Stake) and countless other similarities. However the similarities don’t end there, both Polkadot and Kusama share the following:

As mentioned above, Kusama also has multiple key differences than Polkadot. Since Kusama allows faster iteration, experimentation and innovation than Polkadot, Kusama running at about 4x the speed of Polkadot.Polkadot prefers stability without wild and unprecedented swings and therefore takes a more conservative approach to governance and parachains. Introducing too drastic a change or changes or moving too quickly can create hard-to-anticipate ramifications. Kusama has less stability and security than Polkadot which is a trade-off for the speed, experimentation, and innovation environment that it facilitates for developers building on Kusama.

No Coups In King’s Landing: Governance And speed

Kusama’s governance process also operates at four times the speed of Polkadot. Kusama has a 7-day voting period followed by an 8-day implementation period. In contrast, Polkadot is 28 days for both the voting period and implementation period. This confers a massive advantage in terms of speed to Kusama, but increased speed necessitates increased vigilance, and more chaos. As a result, Kusama will naturally evolve or devolve faster than Polkadot due to this speed.

Kusama’s other notable differences are as follows:

So what is the relationship between Polkadot and Kusama?

The best way to describe the relationship between Layer 0’s like Kusama and Polkadot is that they function as decentralized, permissionless and censorship resistant operating systems.

Polkadot is more akin to a stable version of an operation such as the long term support (LTS) version of Ubuntu or the stable version of Debian and Kusama is more like the latest experimental version of the OS with newer software/apps at the bleeding edge, the latest kernel, technologies, repositories and applications—but more bugs, novel innovations and undergoing continual refinement at hyper-speed.

Polkadot can stand atop a great wall and operate with a level of foresight, watching events and activities unfold on Kusama in order to observe how Kusama’s experiments play within its high-velocity environment. This allows Polkadot to overcome hurdles, setbacks and problems which may be exported to Polkadot, well ahead of them arising.

Parachain Of Thrones: The Lifecycle Of A Typical Parachain

According to Polkadot’s documentation a common development cycle for parachains and projects has been to move from “Testnet -> Kusama -> Polkadot”. This is also evidenced by many other Kusama and Polkadot protocols such as Bifrost Kusama and Parallel Finance. Both these projects were on Polkadot’s Rococo or Westend testnet prior to having a Kusama parachain variant.

Furthermore, projects wishing to become parachains on Polkadot often engage in a parallel deployment strategy in which they deploy on Kusama first, simultaneously or even after under a different name but with the same or a similar technological instantiation. A prominent example of this is Moonriver bringing and enabling EVM-compatible Solidity smart contracts and tooling to Kusama. Polkadot’s counterpart, Moonbeam secured a parachain on Polkadot before it did on Kusama. Moonriver then secured the 3rd parachain slot on Kusama.

Other twins exist such as Statemine on Kusama which is a similar technological instantiation to Statemint on Polkadot, Shiden network (Kusama) and Astar (Polkadot), Picasso (Kusama) Composable Finance (Polkadot) etc. Currently, Kusama has 34 parachains and 19 parathreads, with more on the way.

A Three Eyed Canary: The Potential Futures Of Kusama

It is possible that Polkadot and Kusama may share divergent futures for multiple reasons:

Irrespective of whether they diverge in long-term, it is highly likely in the future that some level of overlap will be retained as parachains, parathreads, and even runtime upgrades are trialed on Kusama. Although Kusama's future evolutionary direction remains uncertain, what remains certain is that Kusama is a highly valuable layer 0 network which is essential in securing even more value on Polkadot.

Right now in the web3 space, prominent layer 1s and layer 0s are competing for users, communities, developers, technologists and dApps. A battle for blockchain supremacy is underway with each network nation state factionalized on whether the larger web3 ecosystem will be dominated by a single chain, multi-chain or cross-chain.

Who will win the iron throne or will there be multiple thrones in the web3 world and will Kusama give Polkadot a decisive advantage allowing them to edge out other ecosystems in fields that matter like security, innovation, and interoperability? Only time will tell. But armed with Kusama, Polkadot is poised to do well in this battle.