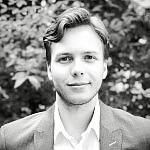 Provenance is a Cosmos-based blockchain whose mission is to develop a vibrant ecosystem of decentralized financial services for a variety of financial institutions like asset originators, fund managers, servicers, banks, and investors. The Proof of Stake blockchain is distinguished by three elements: modules, smart contracts, and a contract execution environment. These three elements work together to create a blockchain network that makes DeFi application building accessible to all.

First, Modules provide the process for financial applications built on top of Provenance. By assuring communication and responding to queries, modules are a core part of the blockchain functionality.

Finally, the Contract Execution Environment is an optional layer that focuses on data privacy.

The organization behind Provenance is Figure, a financial technology company that functions in the mortgage market. Founded in 2018 located in California, US, Figure is headed by CEO Mike Cagney and COO June Ou. Today, Figure’s main mission is to transform financial services through blockchain technology.

In addition to Figure, Provenance is supported by Provenance Blockchain Foundation, a non-profit organisation that manages, supports, and funds the Provenance ecosystem. It is important to highlight that members of the Foundation are all stakers of HASH. In terms of funding, there is an initial allocation of 1.3 billion HASH as well as 2% of transaction fees (in HASH) directed to the Foundation.

In today’s traditional financial world, the exchange of loans is characterized by opaque, complex and time- consuming processes. Provenance aims to radically transform this market by becoming highly efficient and transparent for loan originators, investors and regulators. Using blockchain technology, the network will bring reliability and immutability to inspire confidence in market participants. This technology ultimately creates new value and liquidity.

For example, Provenance Loan Marketplace has integrated two- factor authentication as well as digital certificates for identity. These two things instills confidence in users through a high standard of security practices. More broadly, all records are immutable and transparent, and any transaction can be traced. Being a standard for every blockchain, this is particularly more important for financial institutions and customers that trade loan purchase agreements (LPAs) and HELOCs (home equity line of credit) due to the increased transparency and lower friction.

In sum, the Provenance Loan Marketplace is really valuable due to its technological innovations. As explained before, customers enjoy the efficiency, transparency and security of executing orders seamlessly. With blockchain technology, Provenance introduces the following features and benefits:

More broadly, Provenance revolutionizes how crypto-assets are issued, accessed and exchanged between financial institutions. Therefore, other decentralized finance (DeFi) applications are being developed on Provenance to create a rich ecosystem of financial services for companies and individuals. In addition to Provenance Loan Marketplace, there is Adnales, a cap table management and valuation building on immutable records and instant traceability for companies looking to better manage equity offerings. Furthermore, Figure Pay is a gateway application between blockchain and traditional payment platforms. Finally, Figure eVault is a platform for immutable records of documents with encrypted keys. In brief, these applications have chosen to build on top of Provenance for a specific reason: be the core building blocks that support institutions and individuals using financial services through Provenance blockchain.

In Provenance, the HASH token is used as a spam-prevention mechanism, as well as a staking and governance token. The spam-prevention mechanism requires a certain amount of HASH for transaction validation on the Provenance blockchain.  Afterwards, stakers can earn additional rewards in HASH by delegating to validators, which secures the network. As the number of HASH delegated to validators increases, so does the overall security. Finally, stakers of HASH can also use their voting power to participate in on-chain governance.

There is a maximum supply of 100 billion HASH in circulation. Since all the tokens have been minted, there is no additional HASH issuance and therefore no HASH inflation.

As noted earlier, an initial allocation of 1.3% of the HASH supply was given to the Provenance Foundation. The remainder of the HASH was distributed to private and public fundraising organizations participating in the ecosystem.

HASH holders who do not want to run staking infrastructure can still participate in the staking mechanisms by becoming delegators. A delegator is simply a person who stakes their HASH with one of the initial 20 Provenance validators (governance proposals can be submitted to increase the number of validators to a maximum of 100).

The main benefit for delegators is they share the revenue (staking rewards) of validators, ultimately increasing their HASH balance. However, there are risks associated with delegating HASH. It is important to keep in mind there is an unbonding period of three weeks for HASH. In addition, there are two potential slashing penalties for validators, double signing and downtime penalties. Double signing occurs if two blocks are confirmed at the same height by the same validator. If this slashing penalty is applied, the validator gets slashed by 5%. Downtime happens if a validator misses more than 95% of the last 17,280 blocks, which will result in the destruction of 0.01% of HASH delegated. (for more information, click here)

Please refer to this guide on How to stake your HASH

As of today, Provenance relies on the community to delegate responsibly by not concentrating HASH to specific validators. Moreover, two mechanisms are integrated to assure a minimum level of decentralization. First, penalty-free re-delegation allows delegators to move their staked amount from one validator to another. Second, UI warning is a notification for users who plan to stake their HASH to validators with too much voting power (which means too many HASH delegated).

The Current State of Provenance

The network has recently launched mainnet, so users can already trade and stake HASH in addition to setting up their wallet. Community and developer chats on Telegram and Discord are coming soon too. Moreover, DeFi applications and cross-chain integrations have yet to go live on mainnet.

On July 14, the global alternative asset manager Apollo ($461 billion of assets under management) entered into an agreement with Figure to work on several initiatives developed on Provenance such as marketplaces, on-chain fund listing and asset securitization.

The Future of Provenance

Provenance is connected to all Cosmos-connected networks via IBC. As a result, we expect the development and evolution of a very liquid and rich ecosystem of financial applications on Provenance, accessible to all users, whether they are from the traditional financial world or DeFi native from another network connected to the Cosmos Hub.