Staking is the Foundation of Web3 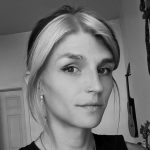 How to Set a Foundation

The pace of technological development would not be what it is today if it weren’t for a strong foundation to support it. Establishing a strong foundation for growth is what accelerates this pace. The core innovation of being able to store information in ever-increasing density - from cave paintings, to libraries, to the microchips in modern cellphones - required an initial set of rules for communication and transmission of information, as well as the ‘primitives’ necessary to carry this information (paint, books, silicon imprinting).

In Web3, we are solving how participants in a network maintain consensus over a trusted, permissionless ledger of transactions, the history of which maintains ownership for those who have used the ledger to store their transactions. This is not a solved problem but the primitives necessary to solve it are still in the process of coming into being. Proof-of-Work consensus protocols were the first widely-used entrants to solving this issue and are numerically the most secure, but have major drawbacks. Proof-of-Stake protocols, by contrast, seem to offer the most certain guarantees for scalability, decentralization, and a strong environment for iteration.

We Need Protocols, Not Platforms.

Protocols allow us to construct methods for transacting assets without requiring middle-men, meaning that the Web2 paradigm of your assets not really being yours is subverted and allowing us to move away from a “platform” tech stack requiring central parties to harbor permissioned environments for interaction and as a result extract from a captive user base.

The term “protocol” is sometimes used synonymous with “network,” but a network sometimes involves several different protocols for different functions. Each part of this tech stack is part of a set of protocols interacting to create novel transaction methods, with some protocols being those that other protocols (such those supported by smart contracts) depend on in order to function by provide the ‘security’ to a transmission.

With Web3, protocols allow us to take out the middle-men, and the decentralized nature of blockchain ledgers maintaining these sets of transactions make this possible. In Web3, we want protocols, not platforms. Staking to core primitive protocols offers the strongest foundation for securing everything built on top of them.

A decent analogy to describe how staking works from the perspective of a tokenholder is to draw a parallel to a bank. If a bank stores a central ledger of transactions in order to register changes in balances between accounts, then the bank is a trusted party an account holder can depend on to both store their assets and register these balance changes. Drawing a parallel to the idea of Web2’s platforms, the bank has your assets stored in their ledger and also houses your accounts and balances, so you can only transact if you pass through the ‘platform’ authority of the bank.

With protocol staking, an account holder indicates preference for a party of trusted computers that maintain a trusted ledger between them by signaling their preference with their tokens - this is the act of Staking.

As a result, the work done for a Proof-of-Stake protocol in selecting trusted parties helps support all the protocols and smart contracts depending on the ledger for settlement. In short, in Web2, you still had to use a bank to transact. In Web3, staking allows you to use your account balance to be the bank, and be rewarded for it.

Proof-of-Stake is better suited to innovation because it scales better, decentralizes better, and iterates better.

These guarantees are likely core to the reason the largest total holding of assets in Web3 are now secured by Proof-of-Stake protocol with Ethereum’s September 2022 transition to Proof-of-Stake - laying the groundwork for everything exists on top of (and will continue to be built on top of) the Ethereum protocol.

Proof-of-Stake is an iteration engine with democratic incentives.

However, even with the advantages of Proof-of-Stake protocols, protocol-layer staking isn’t for everyone. Since staking has baseline requirements tie up tokens in work for the protocol itself, those who are concerned about short-term liquidity may be less interested in putting their ability to act quickly under threat. If securing the chain and earning rewards for doing so is still of interest despite this threat, innovations like Liquid Staking can offer solutions.

So why should you stake?

The validator-delegator model of staking utilized by Proof-of-Stake protocols is going to be the prevailing choice for new networks for the foreseeable future. Though blockchain technology will certainly continue to evolve, staking offers the most resource and energy-efficient option for aligning incentives, distributing rewards directly to the validators and delegators responsible for securing the chain.

As a tokenholder for any particular Proof-of-Stake protocol, you hold both a portion of ownership of the protocols and a part of a system used to maintain the protocol. The incentives for participation provide economic assurances a tokenholder who participates in staking is hedging against dilution of their position on the protocol by earning rewards for the work they have done to select reputable validators. Stakers participate in the act of building what’s necessary in a user-forward internet by being participants in a community, helping secure the emerging technological layer built in Web3, meaning that by staking, not only are we being rewarded but we are participating in building what Web3 will become.

Figment will continue to support the growth of Proof-of-Stake, and invest time and resources into this endeavor because we recognize we are building infrastructure for individuals to claim ownership of their activities and information. By staking with Figment, you can do the same. On Proof-of-Stake protocols, every tokenholder is important—both whales and minnows. If you want to learn more about how to participate in staking, Figment has hundreds of articles, videos, and other educational resources to give you the information you need to stake confidently and securely, in addition to dozens of customer success and protocol specialists to provide additional help and support when needed.