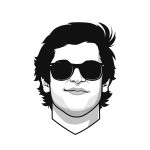 Stargaze is a proof of stake, Cosmos based decentralized protocol focusing on three areas: Social Tokens, NFTs, and DAOs.

The Stargaze protocol allows content creators to post content mintable as NFTs. Along with this, content curators can earn rewards for discovering good content early, while appraising it in the process. If a user on Stargaze wishes to support a content creator further, they can buy the token of a creator to support them and follow their content. The previous functions provide the main groundwork for a crypto-based social network.

The Stagraze protocol changes how we think about social media interactions.

Let’s use Instagram as an example: When a user (creator) posts a photo to Instagram, it can be liked by other people, called curators. On a platform like Instagram, this interaction between creator and curator is completely siloed, where Instagram reaps monetary rewards from advertising, and users information through data collection. With this traditional social media model, the platforms lack monetary incentives, and users are left entirely out of the equation.

On the Stargaze protocol decentralized social media platform, there are incentives to post, and interact with other users on the platform. Creators on Stargaze earn rewards when curators upvote their posts, and rewards are split between creators and curators. Every post goes through a 24-hours curation period where users can choose to upvote a post. After the 24-hour period, rewards are distributed in the STARS token, the native token to the Stargaze protocol.

In order to follow a user on Stargaze, you must purchase their “creator coin” with the native STARS token. Buyers of creator coins are rewarded for being early, and these coins can be manually staked on the network, earning yield. Please note that this yield is split between the creator and the token holder, as Stargaze is built in a way to support creators’ content.

The STARS token is the Stargaze Protocol native token. Since Stagraze is a Cosmos-based blockchain, STARS will be cross-chain compatible via IBC.

The STARS token is used for:

If both governance chains agree, the STARS token is planning to use a Liquidity Bootstrapping Pool (LBP) event on Osmosis with UST to become available to the public. If passed by both protocols, this will become one of the first LBP events performed by two DAOs collaborating. Be sure to follow the Stargaze twitter for more information on the LBP event.

Next Steps for Stargaze

Currently, Stargaze has an open beta that users can test out. The beta shows preliminarily functions of creating, and curating posts. There is also currently anincentivized testnet live.

In the next couple of months the Stargaze team will look to launch the mainnet, and go live with decentralized social curation. This type of social media platform puts the power into the users hands, instead of the platform. On top of users having the ability to monetize content on the Stargaze protocol, users are also in control of their own data, allowing more privacy than traditional social media apps.