What Tezos can learn from GDPR 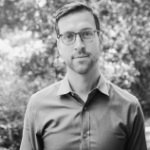 In late February, Nomadic announced their two flavors of the Athens proposal for Tezos. Immediately, the Tezos community became polarized and buzzing with opinions.

The headlines for the two proposals are:

There are many posts and articles discussing the pros and cons of each of the above proposals. Before we jump in with our perspective of the reduced roll size, we’d like to give focus to something that is a bit more meta. We’d like to discuss the way that new proposals for the Tezos protocol, and in general, proposals of self-governed blockchains should be presented and distributed.

From our observation, the current process for proposal submission is somewhat flawed and open for exploitation.

Going back to the Athens proposals, the decrease in Tezos roll size has become the point of division amongst bakers and delegators. The bakers, fearing retaliation by their delegator base usually takes to social media to allow their delegators to vote for and decide on their vote of Athens A or B.

Even the gas limit change is glossed over.

Current discussions are around ‘Will decreasing the roll size be better for Tezos adoption?’ and ‘Is voting for something this trivial, the best use of the Tezos Foundation’s resources?’

What the public isn’t discussing or may NOT even know about are the 23other changes incorporated in the Athens proposals.

The public is currently fixated on 1 out of the 24 proposed changes within the proposals. They are essentially passively accepting the 23 other changes.

The majority of the public, yes, even Tezos stakers, aren’t experienced in voting on bills and passing laws. We can easily get caught up in sensationalism and hype, and gloss over the important terms of a protocol proposal. The devil is really in the detail.

The general voter is inexperienced in passing bills and laws, and attacks like the example above can occur.

Our proposal is to have a clear, concise, and non-technical manifesto required with each Tezos protocol proposal outlining all of the proposed changes for the public to review and scrutinize. Currently, it is too easy to hide certain proposed changes to the protocol, gain public support, and vote the change into effect.

Similar to what the GDPR has done to clean up complex corporate Privacy Policies, we need to make protocol proposals accessible to the average Tezos holder.

And now, to join the party on the discussion of roll size…

While we’ve seen many valid points arguing for and against the reduction of the Tezos roll size, we wanted to summarize some of our thoughts and perhaps offer a few new perspectives.

By reducing the roll size, we could see: