Become an IBC Wizard in the Osmosis Zone 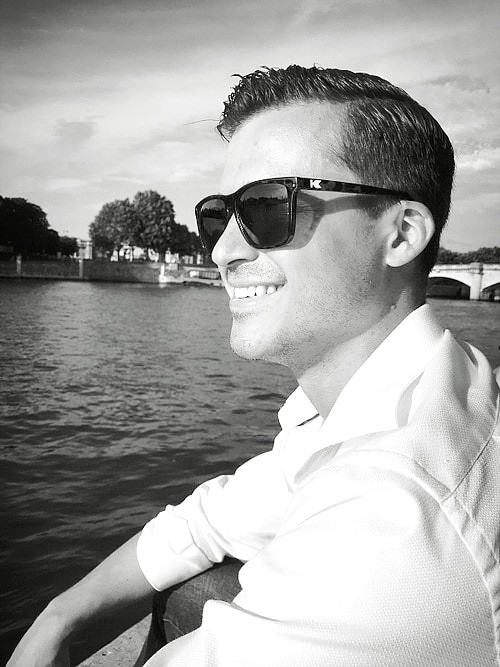 The Cosmos SDK ecosystem, otherwise known as “the internet of blockchains,” has given rise to a number of native applications with excellent use cases, including its native token (ATOM), Terra, Band, and Osmosis. These applications have played off each other nicely with generous airdrops and through mutual adoption of the Inter-Blockchain Communication (“IBC”) protocol, which is revolutionary in its ability to seamlessly connect Cosmos SDK networks at low cost.

IBC AND THE COSMOS ECOSYSTEM

IBC is a frontrunner in the coming wave of blockchain interconnectivity. Participants on networks realize increased value when networks are able to communicate across chains through protocols like IBC, and this trend of interconnectivity shows no sign of slowing down. Additionally, the Cosmos SDK has allowed a number of networks to launch within a short amount of time, and its Proof of Stake (PoS) architecture lends itself to being a more cost-effective platform than Ethereum. At present, network activity such as IBC transfers only cost a few cents, compared to Ethereum’s high gas costs that regularly cost hundreds of dollars. This highly efficient architecture, now combined with IBC, fosters an immense amount of functionality within the Cosmos ecosystem. This ecosystem will also include mutual access to applications on the Ethereum ecosystem as projects like Umee grow in popularity.

Osmosis is an Automated Market Maker (“AMM”) hub built on the Cosmos SDK mainly for liquidity providers. Working in the Osmosis Zone provides the benefit of high liquidity and a diverse range of yield-bearing strategies for a wide range of tokens on a single service. It provides this through IBC functionality and as such, has access to any Cosmos SDK network that has adopted IBC. This allows Osmosis to provide liquidity services, exchange functionality, and a host of other services for holders of any of the 28 tokens currently supported by the network. On-chain governance ensures that there is minimal disconnect between users and the direction of the network. In effect, Osmosis users have full control of their destinies in the Cosmos ecosystem.

Now that we have a basic understanding of the world Osmosis is built on, we can begin setting up the necessary tools. Before you can interact with Osmosis, the first thing you will need to do is set up a Keplr wallet, which should only be downloaded as a mobile app or as a Chrome extension (be wary, Keplr has not released a Firefox extension, and if you see one, it is a scam). You can either set up a new wallet, connect to a Ledger device, or sync with an existing wallet using a mnemonic phrase. Having a functioning Keplr wallet will allow you to connect to the Osmosis Zone and start crafting.

‍“Transmutation” - To change from one form or substance into another.

An amazing feature of Osmosis is the ability to swap between dozens of Cosmos-native tokens through the “Trade” button found at the top right of the dashboard.

From here, it is possible to swap between the available assets on Osmosis at minimal cost.

This ability to seamlessly transform any asset gives anyone with a Keplr wallet access to three-dimensional liquidity, one of the best features of IBC. This is a powerful first step in any type of yield or risk diversification strategy available on the Cosmos ecosystem. Token holders now have access to a multitude of other yield strategies found in the Liquidity Pool or Staking functions by converting between any IBC-enabled tokens supported by the Osmosis Zone.

“Corpuscularianism” - Combinations lead to secondary properties different from their individual elements, and different ratios can result in radically different properties without substantially altering the object’s form.

One of the most popular features of Osmosis is the Liquidity Mining function. Rewarding Liquidity Miners is one of the biggest ways users can earn participation incentives. Adding liquidity to the Pools available on Osmosis Labs will allow you to earn yield on your OSMO and any of the other tokens supported by the Pools. Just be sure you have the same amount of both  assets required by each Pool (and enough remaining funds to cover unbonding/transfer fees). Impermanent loss should also be taken into account, depending on the bonding period selected.

With the recent Liquidity Bootstrapping Pool (“LBP”) feature, new networks like Stargaze can launch their own pools to bootstrap liquidity. LBPs reward Osmosis stakers with incentives, like STARS, as liquidity is tapped. Thus, many different dimensions of value for new networks are possible based on various Liquidity Pool traits, from increased yield to increased adoption. For a more detailed discussion of Liquidity Mining, check out this article.

“Annealing” - A heat treatment wherein a material is altered, causing changes in its properties such as strength and hardness.

Staking allows users to take part in the process of adding new blocks to the blockchain by delegating their tokens to validators. Stakers give up liquid use of the asset for rewards by staking it with a validator, which is tasked with adding new transactions to the blockchain and maintaining participation with the network generally. Staking is one of the most reliable ways to earn returns on Osmosis (provided you use a reliable validator, like Figment). However, there is some nuance to this, as networks have varying preferences on the ratio of staked-to-liquid assets, with higher amounts of assets staked on the network often leading to lower returns over time. The network’s goal is to strike a balance between reliable network operation, effective governance, and value-based tokenomics. Notably, staking some amount will also likely result in airdropped tokens from other networks, which have become more common as IBC networks work together to incentivize network participation.

“Communion” - The sharing or exchanging of intimate thoughts and feelings, especially when the exchange is on a mental or spiritual level.

OSMO holders can vote directly on any active network proposal through the Osmosis Zone dashboard. The beauty of this system is that all token holders have the ability to vote directly on proposals, even when assets have been delegated to validators. OSMO token holders have a direct voice in network governance, which gives those with delegation power control of the direction of the network as well as protecting it from centralization.

‍“Alchemy” - A seemingly magical process of transformation, creation, or combination.

Engaging with the Osmosis Zone through liquidity mining, staking, and participating in governance should provide ample reward opportunities for any type of risk profile, including access to potential future airdrops, high yield on assets, and access to a wide variety of tokens. A dashboard this easy to use provides simple access to services like liquidity mining to a broad class of investors, and is a necessary tool for anyone to make the most of the magic of IBC.